Office 365: Vital to the Modern Office

When you think of how the modern workplace is different from that of the past, what springs to mind?

Aside from cosmetic changes that would have blown minds in the 1980s – what’s with the standing desks and open plans, and where’s the ever-present cloud of cigarette smoke? – perhaps the main difference is the shift away from desktop computers.

Sure, they’re still being used and will maintain their practicality for a number of years yet, but tablets and smartphones are becoming far more prevalent.

What’s more, how many employees are no longer in the office but still make a vital contribution on a daily basis?

Most of this is due to technology’s constant march forward. Yet in the face of the ever-changing office, many businesses continue to invest in static technology.

Specifically, they purchase software frozen in time – the hint is in the title, such as Office 2016 or Office 2019 – as opposed to going for a constantly updated version.

While the death of the computer has thus far proven greatly exaggerated, tablets and smartphones have still become an integral part of the modern work environment.

So doesn’t it make sense that your workforce be able to use these ubiquitous devices rather than having to perform all their daily tasks on an immobile screen and tower?

It brings common scenarios, such as the daily commute or even a boring meeting, into play as viable times where you can easily get work done.

And with Office 365, these portable devices are every bit as logical to use for common work tasks as a bulky desktop.

What’s more, they’re still very much part of the interconnected ecosystem that is the modern office.

An Office for those who aren’t in the office

A report from FlexJobs found that telecommuting has increased a whopping 115 percent since 2005.

However, with Office 365, that doesn’t mean all these people are working in a bubble, relying on phone calls or the occasional trip to the business in the flesh to stay in the loop.

With programs such as Teams making both text and video chat a breeze, along with the ability to collaborate in real-time on common documents and spreadsheets as standard, those working from home can still be very much a part of the daily office life.

With the old “silo” system of working – wherein each division of a company steers clear of one another – about as fashionable as socks and sandals, making collaboration as easy as possible is crucial.

And so is always being at the cutting edge of what’s possible from a tech point of view.

Use software as dynamic as your business

While built-in obsolescence dates back decades – think light bulbs, washing machines, and batteries – software is generally just superseded due to increases in power and knowledge.

While it may not be intentional, the software you buy is going to need replacing in a matter of a few short years, directly and indirectly costing you due to the downtime as new programs are installed and your staff learns new processes.

So rather than making a one-off purchase for software that has a limited lifetime, why not ensure you’re always using the best?

Office 365 has continuous updates, ensuring you are using the best software, have the latest programs and are receiving the absolute maximum cloud storage.

Your business is dynamic, so why invest in static software?

“Capital Network Solutions, Inc. (CNS) provides managed IT services and support to businesses in the Sacramento area, as well as across Northern California and throughout the western United States. For over 30 years, CNS has maintained the IT health and security of small and mid-sized businesses in a wide variety of industries.” 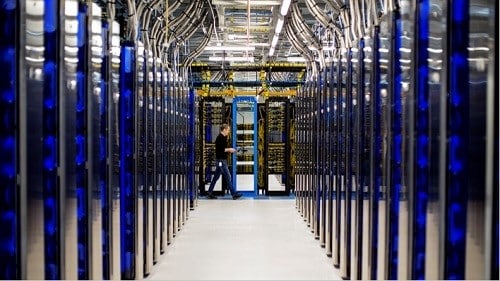